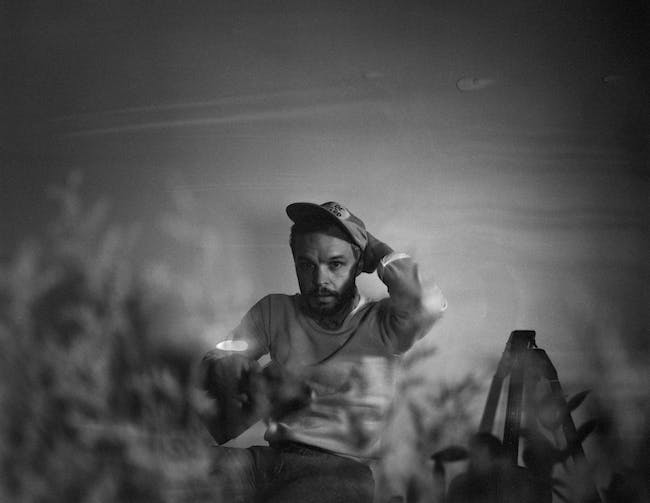 The Tallest Man On Earth

***In the interest of public health, The Tallest Man on Earth has postponed his 5/7 show until March 4, 2021. Hold onto your tickets as they will be honored for the rescheduled date. Refunds are available at point of purchase until 5/10 at 10PM.***

THE TALLEST MAN ON EARTH

On April 19th, 2019, The Tallest Man On Earth released his first album in 4 years. I Love You. It’s A Fever Dream. was written, produced and engineered by Kristian Matsson and was recorded almost entirely in his apartment in Brooklyn, NY.

When asked for some insight into the album, Matsson says “Here’s what I can tell you: Of course there are some love songs and then there are some other songs. Making the album I was thinking a lot about the lenses we view our lives through and that, for some reason, our worst tendencies seem to be carried out so loudly, while our best can go unnoticed. I’ve come to realize that some of the most powerful, most inspiring moments in my life have been the most subtle and that so often the thing that deserves my attention, is trying the least to get it.”

In recent years Matsson has undertaken single oriented projects that incorporate writing, producing and self releasing songs and videos in regular intervals, often with purposefully intense deadlines. He’s described finding inspiration in the entire process, and in particular in the satisfaction of making something and having it out quickly. For listeners and viewers the fascination has been in watching an artist work through his life, in problems and celebrations large and small, putting his thoughts out into the world while he’s still processing them himself and watching them evolve over time.

Courtney Marie Andrews spent over nine months of 2017 on the road, with multiple trips across the US, Canada, Europe, Australia and New Zealand. That’s nothing new for Andrews, though. She’s been touring relentlessly since leaving her Arizona hometown at 16. It’s a life that inspired much of her 2016 breakthrough album, Honest Life. While that album’s themes spoke to the isolation and rootlessness inherent in a life on the road, most of its songs were actually written during an intentional, extended break. The success that followed its release, however, didn’t afford her the same break to write the material for her new album.

Although May Your Kindness Remain was predominately written on the road -- in the van, in hotels, and in the homes of family and friends -- it’s not a road record like its predecessor. That is, it’s not so much inspired by her life on the road so much as it is by the people she’s met along the way. It’s an inward reflection on the connectivity of their stories and her own. “More than anything,” she says, “it got me thinking about my childhood, and the people around me that I’ve known, and the stories that come from my family. It became clear how many people are struggling through the same issues.”

May Your Kindness Remain is full of vivid depictions of complex people and places with all too common struggles. Much of the album deals with the psychological and relational impact of the unrealistic picture of success that is so embedded in modern American culture.

“People are constantly chasing that bigger life. A lot of people are poor in America -- and because of those unattainable goals, they’re also mentally unstable, or sad, or depressed or unfulfilled. A lot of people -- myself included at some point in my life -- are loving somebody through this. That’s sort of the theme of the record: coming to terms with depression and the reality of the world we’re living in. Mental illness is a taboo in this culture -- or not taken seriously. I’ve grown up around it a lot, and sort of feel like I understand it from all sides.”

There are no simple answers in these songs. There’s just an acknowledgment of our shared hardships and a call for empathy. Despite its characters’ burdens, May Your Kindness Remain isn’t downtrodden. There’s a defiance built into its melancholy, a sense that even the most complicated problems are worth facing -- a sentiment that also explains why the album’s music refuses to stay within any rigid sonic boundaries.

While Andrews self-produced Honest Life, she knew this one had to be different. To record May Your Kindness Remain, her restless side took over. “It’s very characteristic to how I work -- I need to be shaken up,” she says. “I was like, ‘I need to change something, and create something different, and push myself in a different direction. I knew I wanted to make a more modern, unique sounding record.”

She found that direction thanks to a bit of serendipity. All at once, she began noticing Mark Howard’s name on several of her favorite records. She was consistently drawn to the resonant depth of the sound and tone in the albums he had done with luminaries like Lucinda Williams, Bob Dylan, Emmylou Harris and Tom Waits. With nothing to lose, her manager messaged him about producing the new record.

The inquiry was a success: months later, Andrews and her band found themselves in a rented house in Los Angeles, overlooking the city’s skyline, making May Your Kindness Remain with Howard at the helm. “I wanted to make a record in L.A.,” she says. “In that house, overlooking a city that epitomizes both America’s diversity and also the commonality of very real struggles against often unrealistic hopes and dreams.”

Andrews recalls Howard saying that he liked “making records that you can live in.” To her, it felt intuitive, natural and spontaneous -- an extension of the songwriting process that went into these songs. Howard, Andrews and the band lived in that house for eight days, barely fitting it in between two tours. As is Howard’s custom, the house was the studio. He brought all the gear, recording everyone in the same room to a live board, live off the floor. “A lot of the record is either the first take or we did just one overdub,” Andrews says. “Nothing’s overthought.” The band set up in a circle, watching each other across the room as they played each song live.

As a result, the album sounds intimate and warm, as if listeners are in the house with them, watching it all unfold. While May Your Kindness Remain is Andrews’ fullest sounding record to date, the songs and her vocals are never eclipsed. “Mark’s really good about stripping the song down to the bones, and asking, ‘Where is the song in this? And how do we make the song come out while still having great instrumentation?’” Andrews recalls.

Still, the album’s arrangements are meticulous. Unlike the predominantly acoustic guitar based Honest Life, May Your Kindness Remain builds around Andrews’ songs with heavy lead guitar (Dillon Warnek) and keys riffs (Daniel Walker, Charles Wicklander). Having played with Andrews for years, the rhythm section (Alex Sabel, bass; William Mapp, drums, percussion) fills the sound as naturally as you’d expect. There was no click track for Mapp, adding to the album’s sentient, live feel.

Every instrument and sound on the album has their proper place, across diverse styles: proud piano ballads (“Rough Around the Edges”); easygoing, country-tinted rock (“Kindness of Strangers”); and biting, sarcastic folk gems (“I’ve Hurt Worse”). Gospel singer C.C. White adds backing vocals throughout, including on the stunning title track, a striking statement of purpose that blooms at the end thanks to layers of soulful harmonies. “When C.C. was singing her parts,” Andrews remembers, “I just laid there on the floor, both comforted and blown away.”

Andrews’ own vocals are notably more powerful and soulful -- especially on the organ-heavy blues number “Border”, with a ragged weariness that honors the immigrant’s resilience in the face of blatant thoughtlessness and racism; and “Took You Up”, a take on accepting love as a simple offering before any illusion of wealth or success. Her vocal performances reflect her recent listening habits, which include Motown and soul, as well as albums by the eclectic rock band Little Feat. They also point to her confidence and growing range as a live vocalist.

“I subconsciously started incorporating more vocal stretching in my songs, just because of how fun that was,” she says. “I’ve always been really inspired by soul singers. I can sing like that -- but I never really had before.”

In the end, May Your Kindness Remain finds Andrews at home in her restlessness, embracing her intuition. It has stretched her vocals, her sound and her songwriting to new depths and produced a brave record -- a record that is unafraid of addressing the complexities of life in order to find common ground and understanding, no matter how divided this world may seem.